Call for ideas: what should be the next BinaryAge product?

I don’t have any ideas about the next product, but hey, TotalFinder has simplified my and many others’ lives, and we do want to see it up-to-date all the time! (You might even charge some upgrading fee between OS versions, at least I’m fine with that.)

As we all know, TotalFinder is much more than just Finder tabs. I don’t think Apple will ever allow me to copy POSIX path, just to name one awesome feature. And I still don’t see an intuitive way to cut and paste in Apple’s Finder. And I don’t like Safari-style tabs. And… You name it.

I agree with previous posters that Apple dropped the ball on native tabs in finder. I would buy TotalFinder again without giving it a second thought.

That said, I use both Windows and OS X equally and the feature I miss most in Finder is the lack of an address bar. Yes you can Cmd+Shift+G to open a modal sheet and enter a path but it’s just not the same. Perhaps the least intrusive way to implement this in Finder would be to make the Path Bar a text field when you click on it. Then add auto-complete for folder names and you’d have a killer feature.

The feature I miss second-most is Explorer’s folder tree view. If Finder had a pane like this I would have it open all the time.

I would love to see some of TF’s functionality brought into chooser dialogs. i.e. When I do File > Open from an app, it would be great to see folders on top.

TotalAnything a Total Terminal like that work for all apps. My idea is to have a text editor appearing and dissapearing on all my desktops like TotalTerminal. That could be bound to the right of my screen, so when I need to take a note or edit a css or whatever, I can bring my text editor on top of everything.

Ah, I guess I just posed a suggestion in a separate thread before I saw this one. So if you’ll forgive me repeating myself:

The biggest tragedy of 10.7 was mushing Exposé and Spaces into Mission Control, which does a much worse job of each. Since you’ve already done some work on salvaging Spaces, it would be great to have you take a swing at the other half.

Most notably, Apple somehow removed the ability to use your entire display to show all windows on the current desktop. The very most core functionality of Exposé… removed.

There are a lot of people still using 10.6 because of issues like this. I know I can’t be the only person who would happily pay a lot of money for someone to return 10.6 functionality to 10.9.

This question comes at just the right time for me since I just realized that my favorite invoicing app (Billings from Marketcircle) just became much more expensive. They have switched pricing model to a subscription fee which is great for them, bad for casual users.

Someone else mentioned a CRM… If you want a long-term business, I would recommend something like this combined with an easy to use but elegant invoice generation app. Marketcircle’s decision has a loyal following up in arms, and gives a good opening to someone else, maybe BinaryAge!

Remember, invoice gets people paid and you gotta follow the money…!!! Just don’t get greedy and keep your price on a pay-as-you-go model only.

@maxme Your idea reminds me of the app “Tuck” from https://www.irradiatedsoftware.com/labs/. I never tried it, I just stumbled over it this week.

My most favorite Totalfinder feature is the visor. I just love it.

I do use extra finder at work and the problem I seem to face with it every day, is how I always seem to end up with essentially “Freelance Window” when I oooonly want to use the visor. This is handled excellently in totalfinder with the option to disable Freelance Windows.

Can you do something like the grouping function in Windows XP’s (+?) Explorer, as in the arrange function of the Finder, but where you can arrange by file extension instead of the useless »kind«, and where documents don’t get hidden beyond one column of items?

That would be awesome.

(I went back to TotalFinder because opening folders with Alfred etc. always results in the opening of a new window, super annoying.)

@marc hey thanks for the link. I just tried Tuck. It’s close to what I’m looking for but I can’t use it because of:

Software that would make my life better? AirPlay for everything.

More accurately, AirPlay for any designated app. Not mirroring - the screen on my laptop is nearly 4 times the resolution of my projector - but being able to assign a given app to output its screen to AirPlay.

My specific need is to get Plex Home Theatre onto the big screen. I use Apple TV. The Mac’s HDMI output has fights with the HDMI in my receiver and often goes into a spastic loop trying to figure out if it’s outputting 1080p to the receiver or 720p to the projector. So instead I use Plex on my iPad and AirPlay works damn well most of the time. However, I can’t watch stuff without my iPad being present, so if I forget it at work I’m hooped.

But that’s just me. I’m sure lots of people have their favourite app they’d like to be able to fling to AirPlay, from Keynote to VLC to whatever.

And there’s the name of the app for you - “Fling”. I claim no rights to the name if you use it…

However, since this seems to have turned into a thread about improving TotalFinder, here’s my wish list.

Now software used to have a utility that gave you the option to minimize windows to just the title bar. Now’s software never crossed the Carbon/Cocoa divide, and I miss that feature. You could have 20 windows opened, minimized, stacked, sorted, and available at a click. Nothing on the market right now does that.

And hey, if you make that for all apps, not just TotalFinder, that’s a new software for you. In fact the entire suite of what Now Utilities used to offer would be a good place for you to mine for inspiration for new apps. They had utilities for menus, fonts, the finder, and other stuff I no longer recall. I used their iTunes controller until I couldn’t get the “free” activation code for it once they closed and their email responder bit the dust.

Back to TF. There’s a weird thing that happens sometimes. When I go to grab a file in an open window and drag it to a new location, sometimes I seem to grab the entire window instead of the file, and I end up moving the window around. Sometime I move the file, and THEN the window moves too. Very confusing.

@joonas want’s to bring back the previous style of label (tag) colouring, but I always hated that and preferred the previous-to-that style of changing the colour of the actual item icon. However that in turn had its own problems, so I think a compromise for what I like and he likes would be if you put the coloured dots to the LEFT of the icon in list/column view. I often find If I’ve got a window maximized and in list view and there is one very long file name pushing the column divider way over to the right (and sometimes right offscreen) that it’s hard to to ascertain which files have tiny dots way over there associated with them. Putting the dots to the left of the icons would solve that quite nicely. It would work in both column and list view.

And finally, best for last, my No. 1 feature for TotalFinder would be if it remembered which space (yes, I use TotalSpaces too) each window was in between launches. Safari does this as of Mavericks (I think it’s a new feature, I don’t remember it from before) and it’s a blessing. I work with four spaces each designate for a different task, and when I reopen say, Firefox, I have to spend time moving each appropriate window the the appropriate space. Safari just remembers which window was open in which space, and “just works”. When TotalFinder launches, I have to do the same thing. I usually have between 5 and 12 windows open, each with 3-5 tabs, and I have to rearrange them to the appropriate space after every relaunch/reboot. Very annoying.

So I hope that helps some…

Safari just remembers which window was open in which space, and “just works”.

Well, “just works”, is a bit to much, imho. It just works when you reboot/shutdown your Mac. While this is very nice, Safari fails in this regard when simply quitting and then starting it again. Then you have all windows in one space. At least on my system it is like that.

I’ve been riding this hobby-horse for AGES, but the only thing I still miss from Windows is the “Create New File” context-menu item. It’d be wonderful to see that in TotalFinder, just a simple equivalent of touch integrated into the Finder window—get an empty file, give it a name and extension, done. But as far as “next steps” go, I wonder about other things that your reverse-engineering acumen could be applied to integrating. Just as a for-instance, I would throw my money at a Finder-integrated git wrapper, no questions asked. Ditto a solid integration between the Finder and SFTP.

But now I’m imagining a Finder git and you should definitely do that first. Just try not to discriminate too hard against those of us using BitBucket rather than GitHub ;-).

A versatile contact manager would be great. I used to use Now Contact and have not found anything else so useful, so have been struggling with Apple’s weak Address book.

Lots of possibilities to do an inexpensive product that would wipe Apple’s address book and contact app away. Need to establish synch of course.

Since your business is Finder modding, how about a hack to enhance/replace QuickLook in the case of older videofiles, like avi, mkv, wmv? This is an issue since 10.9+, cause Apple changed the way Quicklook plays Videos, it now uses AV-Foundation. The old cool OS X Extension called Perian cannot work with AV-Foundation.

Maybe it is possible for you to use https://wiki.videolan.org/VLCKit/ and a cool Finder hack to create a better plugin than this: 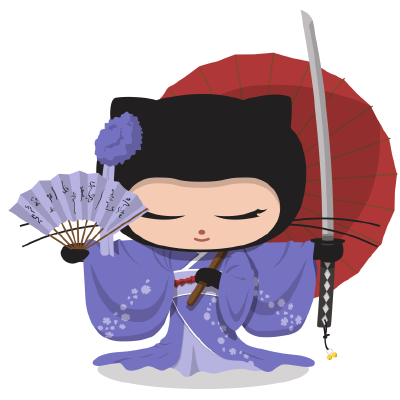 Videos are displayed as a static snapshot in QuickLook previews.

Maybe think the whole thing not as QL-plugin but a Finder mod which just imitates QL in certain cases, when needed.

I’d love to see some humble theming features implemented into, well most likely, total finder. Nothing too complicated, just like something as simple as changing color schemes (i.e. like variations between the windowservers ui & syntax like in sublime text/atom/iTerm2/terminal/…etc.)

or being able to apply an icon pack for applications (i imagine something along the lines of how one can install font packs with Font Book.app) and some/or as many as applicable are applied to the users app folder…not dissimilar to applying icon packs in any given android launcher

[[what am I doing? I’ve immediately started participating as if this were an open-source community

Sorry, I’m not going to do this. Technically it is impossible to achieve. Many Finder’s widgets are drawn by appkit or even more lower level system code (aqua).

Also I strongly believe that skinning support (if any) should be added on system level, not on app level.