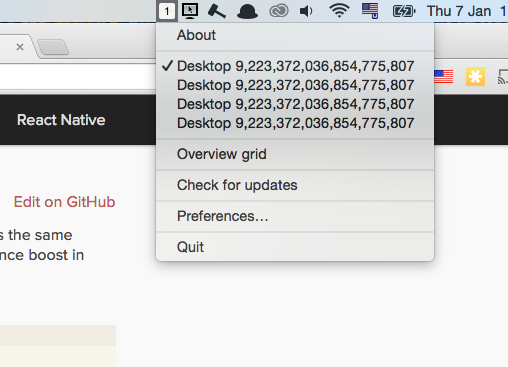 Two monitor setup. Occurred after removing and re-connecting additional monitor. Have never seen this issue before…

While in this state I observed the following misbehaviours:

No more issues after stepping through the above. Desktops are now enumerated correctly.

I don’t immediately know which bit of code caused this, it could be in a number of places. Please let me know if it happens again, I’d love to figure out what happened.