Both machines are on 10.9.1. The one working normally is a 2009 Macbook Pro and the odd one is a 2013 iMac. No other Finder related extensions are installed.

Also these is some weirdness where I can’t sort by “Date Added” if I’ve already sorted by another column. All the other columns work fine and I can go between them, but as soon as I try to sort by date added, it doesn’t work and prevents me from sorting by the other fields that were previously working before I tried sorting by Date Added. If I leave the folder and come back in, it starts all over allowing me to sort by Date Added once. 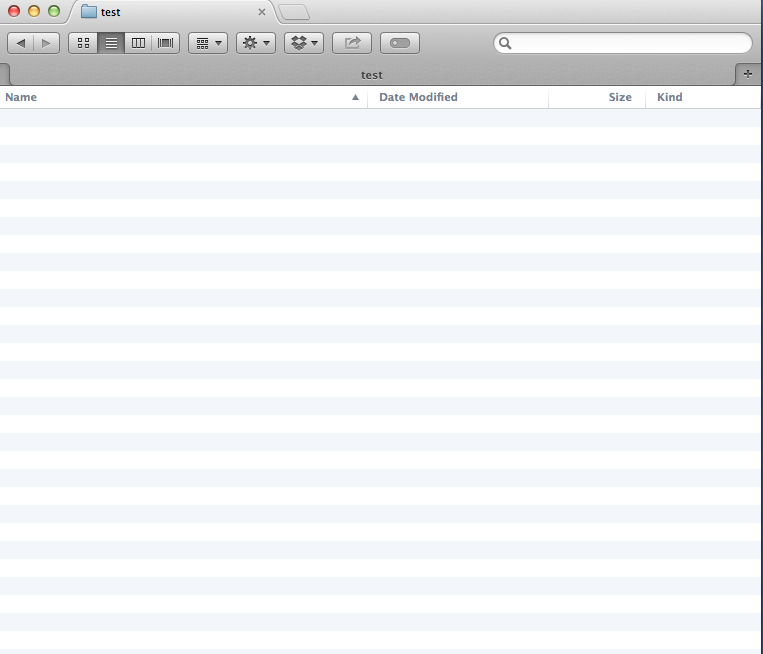 Date Added I would have to investigate further. But I think there is something fishy in the Finder itself.

I will investigate whether that machine has that problem when TF isn’t running.

Yes, problem is only present when TotalFinder is running.

What if you disable Folders On Top in TotalFinder? Does the problem still persist?

Folders on top doesn’t affect it.

BUT… I’ve made an important discovery. The losing control over the sorting is triggered not by clicking the “Date Added” column-header as I previously stated but by resizing the window or scrolling to the columns hidden off the right side of the window. Once this happens the weirdness starts. Also, once you scroll within or resize the window you can no longer adjust the column sizes.

Also, another discovery, simply making the window inactive and bringing it back into the foreground restores proper functionality until you once again resize or scroll.

I hope this is helpful.

I also found another bug. When you cut a selected file(s) on the Desktop they grey out as part of the cut process which has always been the case in past versions. Since the last big update that greying only happens on the Desktop but not in any other Finder window. This used to work and have missed it since it stopped working.