Hi,
Instead of showing the number that a space/desktop # – which isn’t consistent with how I think about each space, it would be awesome if it could show the name… even though it should be apparent by what is on the screen.

Option1: Expand menu bar icon to show the name (allowed in OS? like the time icon" (and be optional of course… i have lots of menu bars)

Option 2: Instead of the number, the grid is shown in the icon bar, but the space is highlighted that you are on, with a color coding / or a mini version of the background image that you have for each space.

I have thought about doing a mini representation of the spaces in the menu bar icon, but it’s not very good with some common geometries.

I never thought of having the name there, although it’s possible. I will consider.

+1 for an option to have a name there. I have sometimes more than 10 spaces and sometimes rearrange them here and there, and while I remember some of the names, sometimes it is just hard to understand where you are.

+1 for that. It would be nice optionally to get a read-out of your space name in the status menu.

I made a small plugin app to display the name. You can find it here: 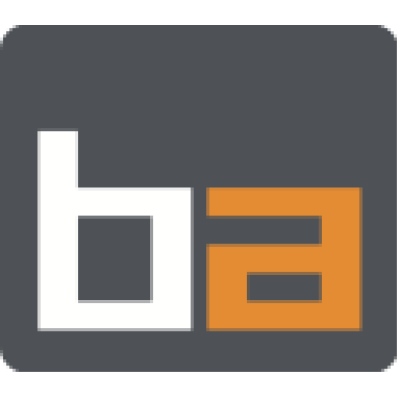 All it does is to display the name of the desktop in the menu bar. The width is fixed at 49 points, but I set the font quite small, so it’s enough for approximately 10 chars.

It’s open source, so you can modify it or improve it if you have Xcode.

PS. you need a licensed copy of TotalSpaces2 for this to work.

Is this thread suggesting that the default names can be changed? So instead of Desktop 1, Desktop 2, and so on, I could give them the names of the projects they hold? How would I do that?

Yes, you can click on the numbered rectangles representing your space in TotalSpaces2 Layout prefs and change the name of the space there. 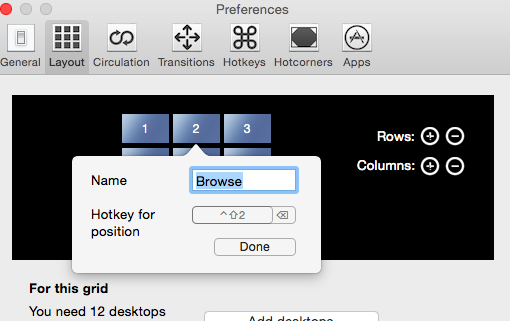 Thanks, that’s really useful! I’d have never figured it out

Hi Stephen
I downloaded the plugin and nothing happens when I doubleclick, anything I need to do? I’m on 10.10.1

When you click on it you should see the name of your current space in the menu bar (as the attached image).

Note that it won’t work if you don’t have a registered version of TotalSpace2.