We’ll share progress and interim releases in this thread.

We have a pre-release working version under the 1st and 2nd beta of Sierra.

Please let us know of any bugs you notice.

Note that this release won’t work in earlier versions of OSX (for example El Capitan). We’ll fix that later.

Just to clarify, when you say working you mean to the same extent as El Capitan correct? Where SIP has to be disabled for it to work? Or did Sierra introduce something that allowed you to sidestep that restriction? If so I will upgrade to sierra right away.

Exact same as El Capitan, correct. We haven’t found any means to do what TotalSpaces does without modifying SIP.

I’ve been running the public beta since it was released, installed this build, and it’s been working great so far! Thanks for all the continued work on this- we all really appreciate the continued effort and commitment.

What I see in my config is: 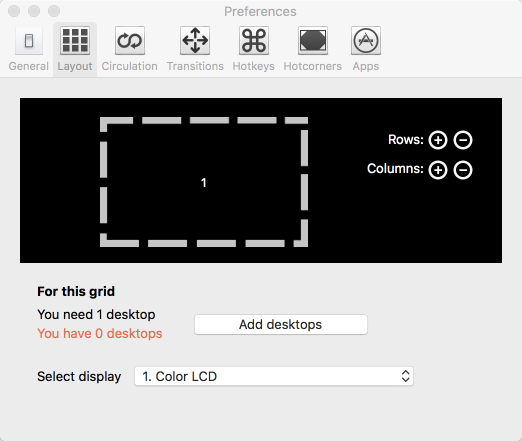 And after clicking Add desktops I get: 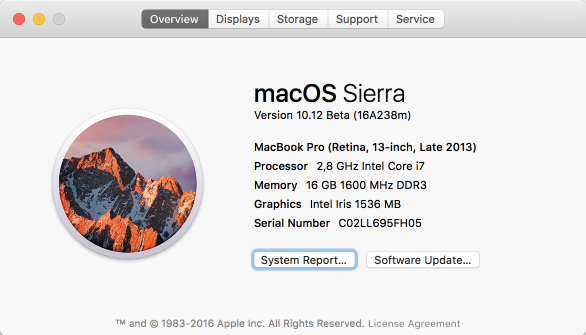 And my TotalSpacs2 comes from the above link.

This may be due to some difference between the dev beta 16A239j and 16A238m that you are running. Is it the public beta?

That is right. This is an official public beta.

Three more things that can be useful. In the app about, I still see the old version v2.3.9 (even after removing everything with uninstaller along with additional settings).

Moreover, after installing a fresh version I see a message like:

“Totalspaces is not authenticated to install this plugin”, and then it asks me for a password.

My csrutil status is as follows:

Hmm, there may be another problem here then.

Can you remove it manually?

(TotalSpaces should re-install it if it is missing, so it’s a safe thing to do)

It exists after installation. When I uninstall TotalSpaces2 it’s gone as well.

After reinstallation I always see:

Ok fine, then I suspect TS2 isn’t compatible with the version of Sierra you have. I’ll get back to you once I have figured out why.

I’m running the most recent public beta of Sierra and I’m having no problems at all with the version of TS2 @BinarySteve linked to in this thread. Thanks so much!

Thanks for the report. It does appear that Apple is seeding some different betas out there (16A239j vs 16A238m), so a few users are having issues, but until we can get our hands on these other betas, I’m not sure we can fix it.