Ok, the reason I originally figured out how to turn off SIP (System Integrity Protection) was to organize my Applications folder. It’s sort of a joke on everyone that the most personal computer has become impersonal, right down to Apple owning the Applications folder and the user being a guest who is sometimes allowed to put apps in there.

It would be outstanding if TotalFinder could make the Applications folder “organizable” for the average user.

Instead of looking like a whirlwind mess of a teenager’s room where dirty underwear lay all over the floor amongst the homework papers and dirty dishes we have today: (that folder would scroll a mile if all my apps were in there) 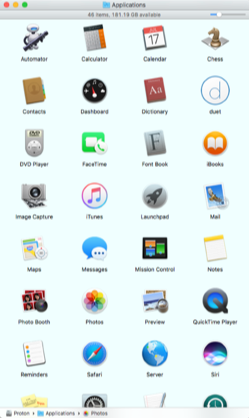 Imagine having an Applications folder that is nice and tidy, visually pleasing to your personal tastes, filed in and organized by (still my beating heart) folder! Geeks gone wild! I am almost giddy with the through of it: 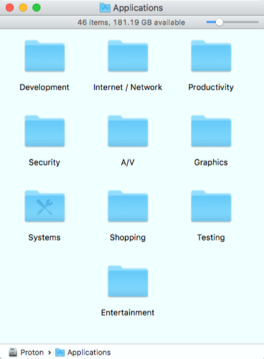 What I did to organize applications was to create another Applications directory in my standard account, with subdirectories so that I could categorize the applications. That way, they are easy to find, and if I have any choice as to where they go, I put them in the appropriate category folder. Even with some applications that end up in the system Applications, I can copy or move them to other places and use them there.