Awesome job getting TF ready for OS 10.10! I have one really, really minor request: could the blue “pin” button on the top left of Visor be flattened to fit in with the new aesthetic of Yosemite?

I know there are probably other pressing issues that take precedence over simple aesthetics, but I thought I’d throw this out nonetheless. Thanks!

Good point. I’m going to do it for next release.

Dragging the Finder window is really sluggish on my iMac

With the last version 1.6.6, TF only works after installation.
It will disappear once the system is restarted or TF process is restarted.
When it’s disappeared, I can’t find it anywhere on the UI, even Finder’s preferences panel.
But it does appear in the Activity Monitor…

Please refer to this topic:

Ah, too bad frowning I have just tested it on clean machine and working workaround is to execute this line in Terminal.app: osascript -e "tell application &quot;Finder&quot; to «event BATFinit»" I'm going to release a new version today. Unfortunately most beta users affected by this had to downgrade or their TotalFinder is not running anymore. I wonder how is this possible, because standard codepath should be exactly the same as in old versions.

Just updated to 1.6.7 on Yosemite but noticed the following issues;

I don’t know if its just me, but new tab button have some weird outline around, similar to browser input focus outlines.

The tab translucence is broken with the 10.10 DP6 update. TF 1.6.8 works great though, just aesthetical problems I would say.

The tab translucence is broken with the 10.10 DP6 update. TF 1.6.8 works great though, just aesthetical problems I would say. 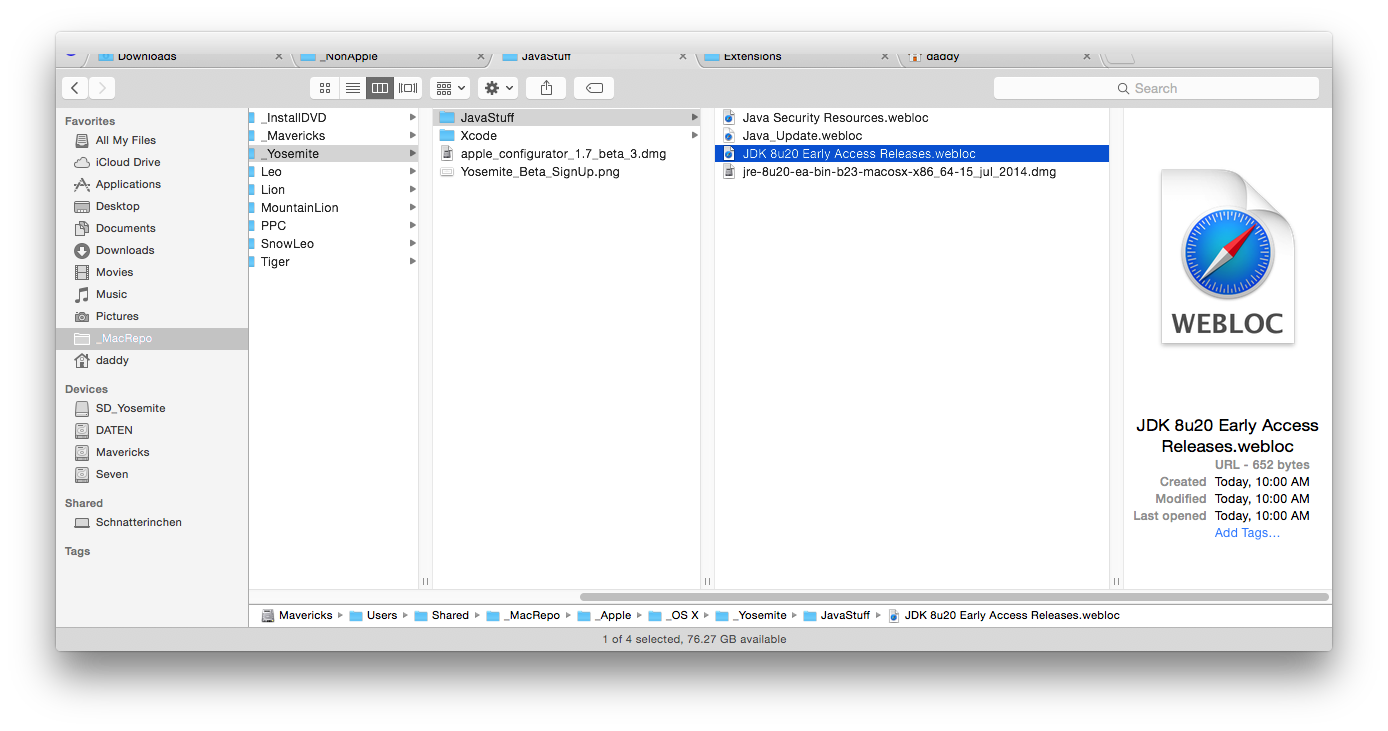 well not so much aesthetical as the button to hold the visor up isn’t reachable anymore.

You are correct, more than just aesthetical…

Thanks for posting a screenshot. Currently, I am able to point the cursor just at the bottom of each tab bar and use it, but hopefully our darwin (admin) will come up with a fix pretty soon. Thanks again for this awesome app.

(and +1 for @nikitakozin’s feature request about using the standard OS X tabs).

I’m working on fixes for DP6. That titlebar overlay is tricky. Chrome works well under DP6 and I use copy of their code, so there must be some problem on my side.

I have been having major issues with TotalFinder since I installed the Yosemite Public Beta 1 two weeks ago. Even with the latest 1.6.8 beta installed, I am still experiencing Finder stalls and beachballing which can last up to 15 minutes – without exaggeration – before my machine recovers on its own. In the meantime, I just have to sit here and wait.

The long stalls usually seem to occur when I try to scroll through the images in one of my tabbed windows. I have these windows set to icon view at 256x256. The tabs which contain graphics do not contain lots of graphics. In other words, they do not contain thousands of images; only dozens or maybe a few hundred at best.

I am not absolutely certain yet that TotalFinder is the problem. However, the stalls have gotten so bad and so long, that a few hours ago I was finally forced to uninstall TotalFinder for the first time since I purchased it almost four years ago. Thus far, I have not had another stall.

On a related note, it would be nice if it were possible to simply temporarily disable TotalFinder under its Menubar menu, instead of having to completely uninstall it.