Totalspaces change to the wrong screen

I have noticed that when I change apps or screens, TotalSpaces will often switch to the wrong screen, and it always goes to the same screen.

If it matters, I am running Catalina (10.15.7), but I know this issue predates Catalina – I’m just finally sick of it to the point of asking/posting about it.

If it matters, I run Karabiner-Elements to reconfigure the right-side alt/option key to a control key, so that I can use 1 hand to cycle between spaces, with ctrl-arrow. However, even with Karabiner Elements not running, I see this issue.

It doesn’t matter whether I cmd-tab, use arrow keys to cycle to a different app/screen, or click on an app in the Dock – TotalSpaces almost always takes me to the top middle screen (the one to the right of my desktop, as shown in this screenshot: 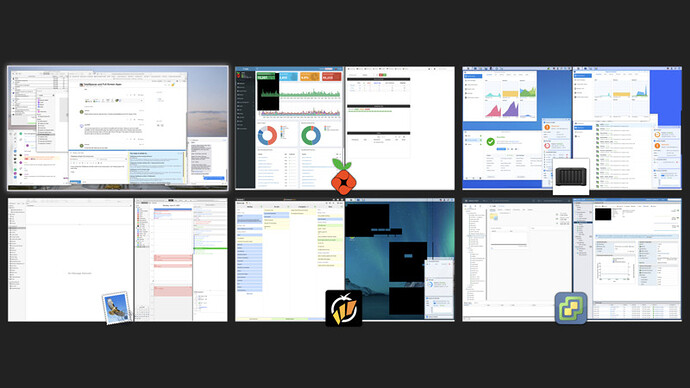 Sometimes the issue will temporarily disappear if I restart TotalSpaces, but quite often it comes right back.

Another example of what happens: If I click a link in an email, Safari launches to open the link, then the screen changes to that top-middle screen. cmd-tab doesn’t work, so I have to use ctrl-arrow until I eventually get to the right screen.

Is there something wrong with my system? Is there a setting I should look at? Is this an incompatibility with Karabiner Elements? Something else?

Finally: Maybe this is an issue in my system somewhere: it just happened while TotalSpaces was not running.

I have had the same issue (High Sierra 10.3.6). I just close the program and reopen it. That always solves the issue for me.