After upgrading to El Capitan i can’t use TotalSpaces2 because of annoying issue:

And I don’t use hot corners from TotalSpaces2 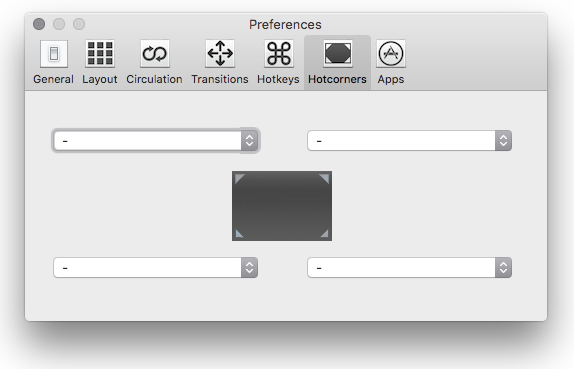 When TotalSpaces2 is running and i use hot corners operation may freeze
And i can’t return from it so i need to move cursor to hot corner again.
In this case operation starts again and i have stucked labels and icons on top of my screen:
It looks like this: 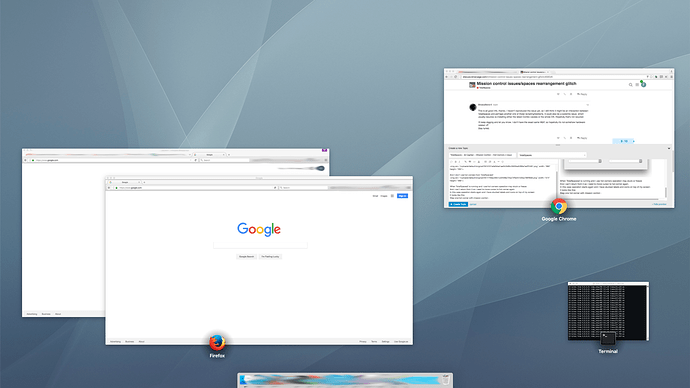 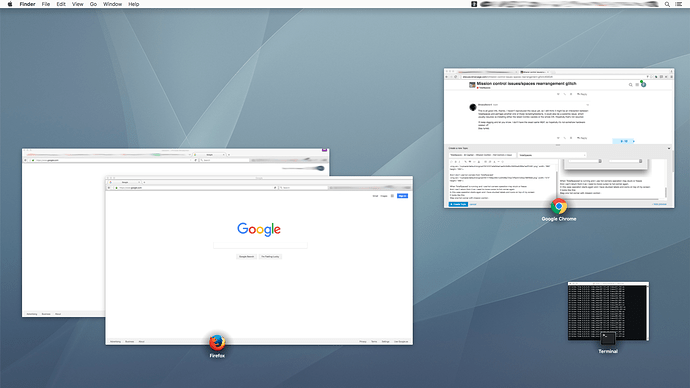 p2.png1440×810 640 KB
It looks like my desktop returns - I can see top menu of current app and my dock hidden.
But all apps windows scaled down - and looks same with mission control is active

Step 3
So i move to hot corner with mission control again: 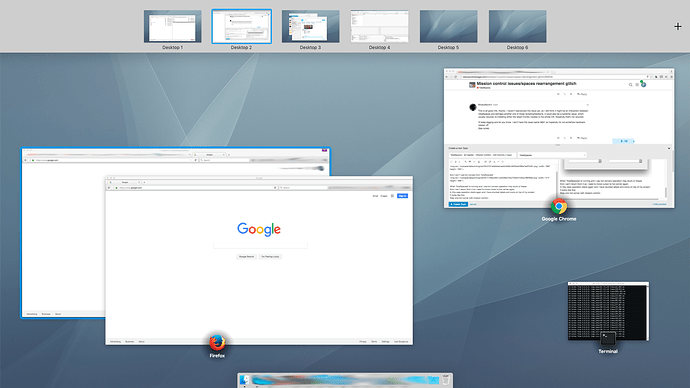 Step 4
I choose an app i want 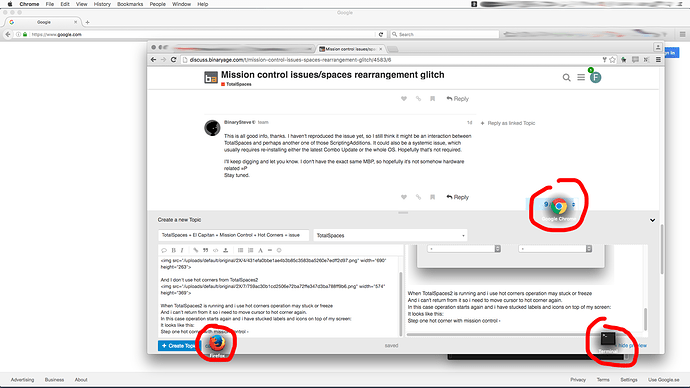 p4.png1440×810 299 KB
And all this doubled icons stay on top of my screen.
All i can do to remove it just quit TotaSpaces2. in that case they dissapear.

Same bug when i use “all application windows” hot corner. But in this case only windown label without icon stuck on top of my screen.

Wow, thank you for the very detailed issue report. This appears to be related to this report. I haven’t yet been able to reproduce this issue myself, so there might be a common setting between your system and the other customer’s.

I’m curious, are you in a position to install and try version 2.3.6 of TotalSpaces to see if the issue also exists? I will ask the other customer as well.

Version 2.3.6 have the same issue too.
It can be reprodused easelly. About 10% of mission control activations
You should not even use hot corners
Just activate Mission Control with hotkey (Fn+F3 for me) several times frequentry
And BAM! 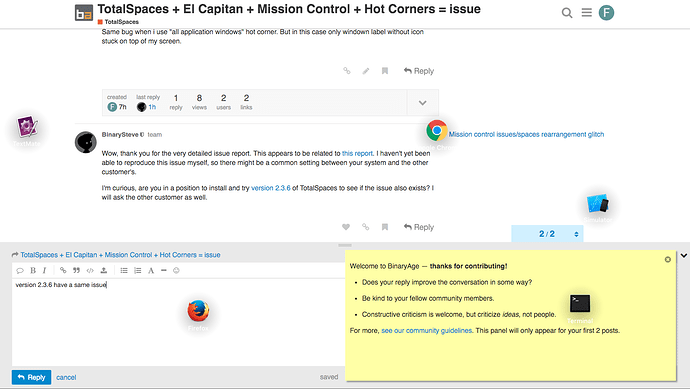 Yes it is related to issue
And maybe it is the same with another steps to reproduce.

We have a theory that the Dock is crashing.

There is no reports about Dock or TotalSpaces crashes.

Nothing in user folder too.

Strange. We have some data from the other customer which might help this investigation. I’ll let you know what we find. Stay tuned.

Suffice to say it happens so often that I’m forced to have a permanent keyboard shortcut for restarting the dock. Sometimes the problem triggers a few seconds into mission control consistently so I’m forced to use other means to do what I initially intended.

ps it happens irrespective of hot corners as another user pointed out.

No progress, sorry, I’ve been in a creative mindset lately, but I’ll circle back around to code soon enough. Stay tuned.