I am unable to select a space by holding down the control key and any number key on the numeric keypad.

Does it work using the number keys above the qwerty keys?

Yes it does. In keyboard short cuts in system preferences I have all squares checked under mission control.

I wonder if it works if you uncheck those mission control shortcuts, and set shortcuts up directly in TotalSpaces2 Layout prefs? (by clicking on the space rectangles - see below) 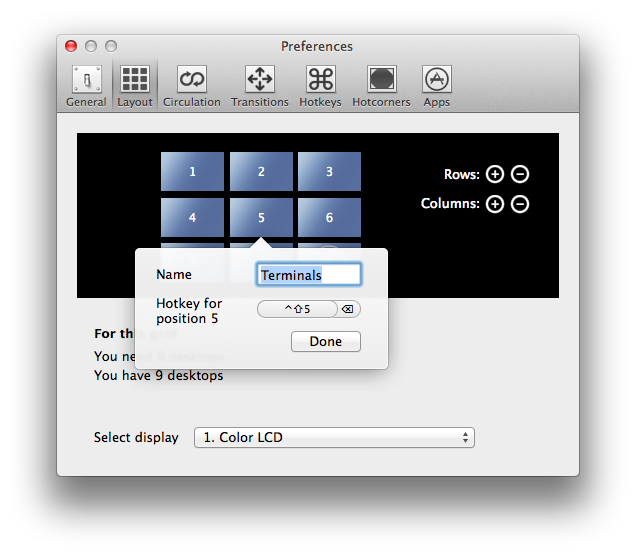 It only works on the first 3 spaces. The window indicates that the hotkey short cut is indicated but no response beyond the 3dr space.

That should work, although there was at some point a bug that TotalSpaces2 needed to be restarted before certain of the new hotkeys would take effect. Please quit and restart TotalSpaces2, and see if the hotkeys now take effect.

Got it. I restarted the computer and now I am able to select vie numeric keyboard. No problems. Thank you very much. I appreciate the effort to help me. Thanks again.