I absolutely love the restoration of the pre-Mavericks labels! Antonin, you’re the best!

Now looking at the direction of Mavericks design aesthetic being more flat and less gradient from the old skeuomorphic UI days … what does everyone think about the labels being a flat color vs. a gradient color?

According to Antonin, the flat color labels are easier to implement and support rounded corners better.
I also noticed that if they were flat, they would already compliment the UI’s flat highlight indicators within Mavericks Finder.

Since next release you will be able to set this hidden tweak via Terminal.app

To disable it back to gradients

Does this make the rounded corners look better, like OS X’s?

No the codepath is the same. I just use same color on both ends of gradients.

What do you want me to do with the shape of the color labels?

Right now it uses same logic as in list view. It spans whole row. Its shape is a bit different than Finder’s selection.
a) to distinguish it from selection
b) overlap is there to make it more obvious what color label has

It is also 1px shorter on top and bottom - to show white gaps between labels.

I’m open for discussion and we can still change it.

Ok, I have considered your suggestions and changed rendering of color labels in Column and List views. This will be available in 1.5.31 in a few hours.

This experimental tweak can be used to disable white gaps between color labels:

Are you really bring that awesome visibility feature back??? I can’t wait

Antonin, you’re very fast and considerate. That’s hard to find in a developer.

I see your point about the gaps and the codepath. It’s your call, but the tweak is nice to have for those of us that like the option of having a gap or not.

Antonin,… the flat style looks awesome!
One question: is the circle edge supposed to be so close to the dot on the right?
Seems like it’s left one or two pixels too close to the tag dot.

Demo of the adjustment (still with the selector slightly longer than the labels):

And I still didn’t mind this option you had at first, it was like the original area coverage:

Overall you’ve done an amazing job, and I even like the gap between each folder item now that you’ve fixed the rounded curves to be more circular like the selector. TotalFinder works way BETTER than Apple’s Tab implementation and these tweaks fix decisions that Apple shouldn’t have forced upon us.

@mkormendy You have great attention to detail. That is good!

I noticed this problem after releasing the version. It is supposed to look like in your demo screenshot. But I realized that this is affected by system settings: System Preferences -> General -> Show scroll bars (and selecting different options behaves differently if you have external mouse connected or not).

Right now I draw label frame computed from cell frame. I have to switch that code and determine actual frame of Finder selection instead. Cell frame is affected by that system option and makes labels look differently as you correctly pointed out.

I wonder if it may be easier to create a solid background of the label color, then in a layer above that have a left-aligned and right aligned cover piece? This would only work in the list and column views though. 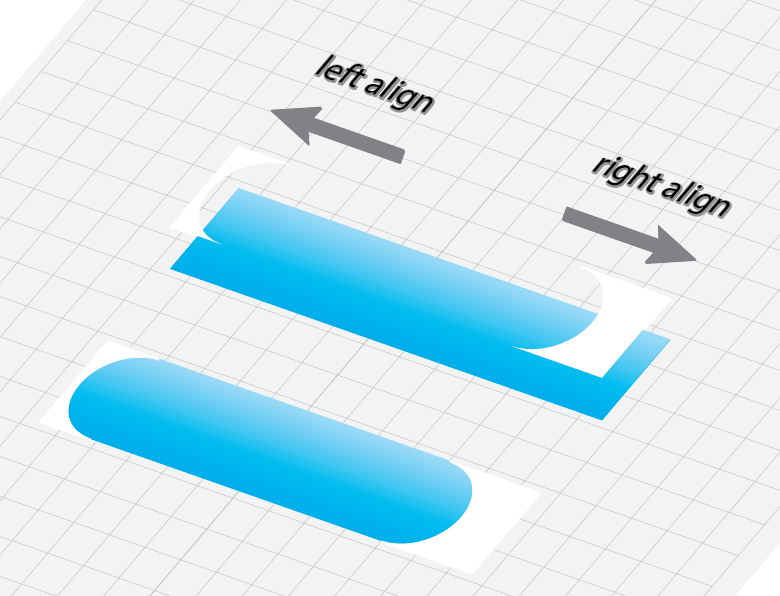 I have just released 1.5.32 on beta channel. Add colored labels support to desktop in the similar style as current icon view implementation.

I’m still open to do changes to the way how it renders. The technical difficulty rendering rounded corners in Icon View still holds. I could try to figure something out and render the grandient+rounded corners using my custom code, I just didn’t want to go this route. Seems pretty fragile and could introduce performance issues.

Okay … seems like labels are a lot more problem then they are worth … I’d love to see the code on your implementation, I might be able to offer some other ideas or methods for getting the nice apple labels.

Is there a way to turn the labels off on the desktop but keep them on in the folders, and vice-versa?

Is there a way to turn the labels off on the desktop but keep them on in the folders, and vice-versa?

Not yet. I will add a private plist tweak to disable Colored Labels in individual modes.

btw. new release with improved rendering is out (1.5.33):
http://totalfinder.binaryage.com/beta-changes

in icon view I decided to do no gradients in favour of rounded corners, to keep the style similar to desktop mode redering

You’re awesome Antonin … I really love that you’re developing this stuff so quickly. It all looks great!

If you’re still taking input, I’d like to cast a vote for flat, please. We had our fun for a̵l̵m̵o̵s̵t̵ more than 20 years wasting cycles drawing trendy 3d junk, but it’s 2014 now, and flat is where it’s at.

Flat labels will be the default in 1.5.34. Gradients will be possible with private plist tweak.

Create an checkoff box to select one’s desire. Was mistaken on icon view. Hope Antonin figures out Apple’s screwup on this and can restore it, too. So great to have these back. Danke.

I think this works still: