What's the logic behind the Exposé window layout?

TotalSpaces is awesome, but there’s one thing I still miss from the old exposé.

In Apple’s exposé layout, window positioning seems heavily influenced by the position of the window on the screen, but with TotalSpaces windows often jump to the opposite side of the screen. This makes it more difficult to identify windows, especially in the overview grid/exposé combo view. Is there some reason why the positioning doesn’t just work the same as Apple’s?

Here’s a simple example - my original window layout, with a terminal, a text editor, a browser and a finder window: 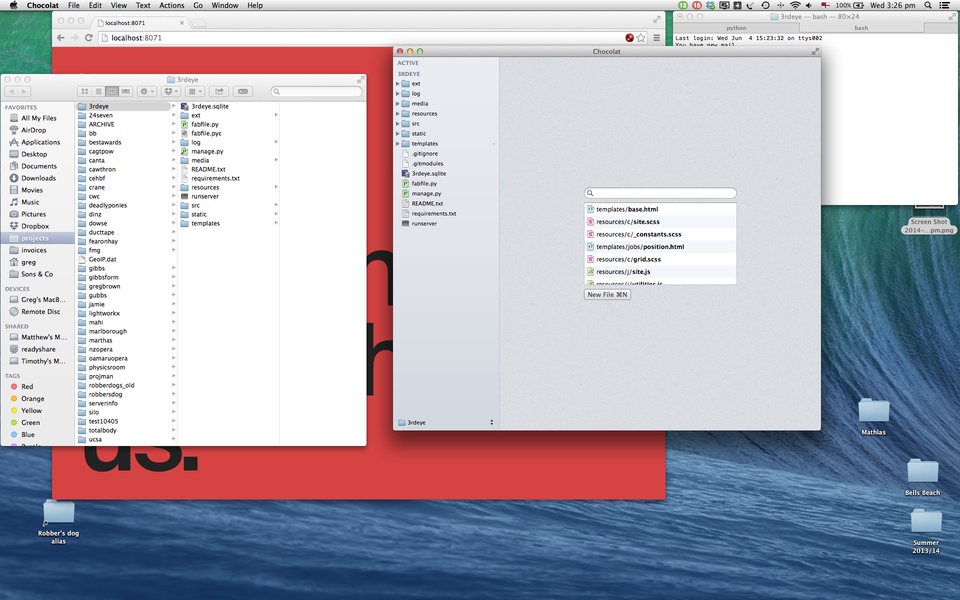 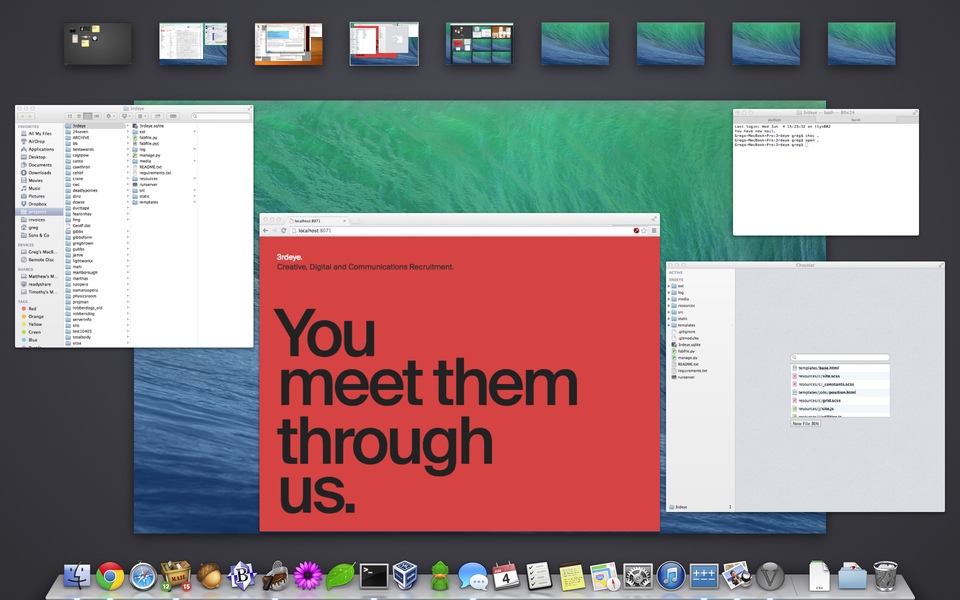 And TotalSpaces (note terminal and finder are have switched to the opposite sides of the screen): 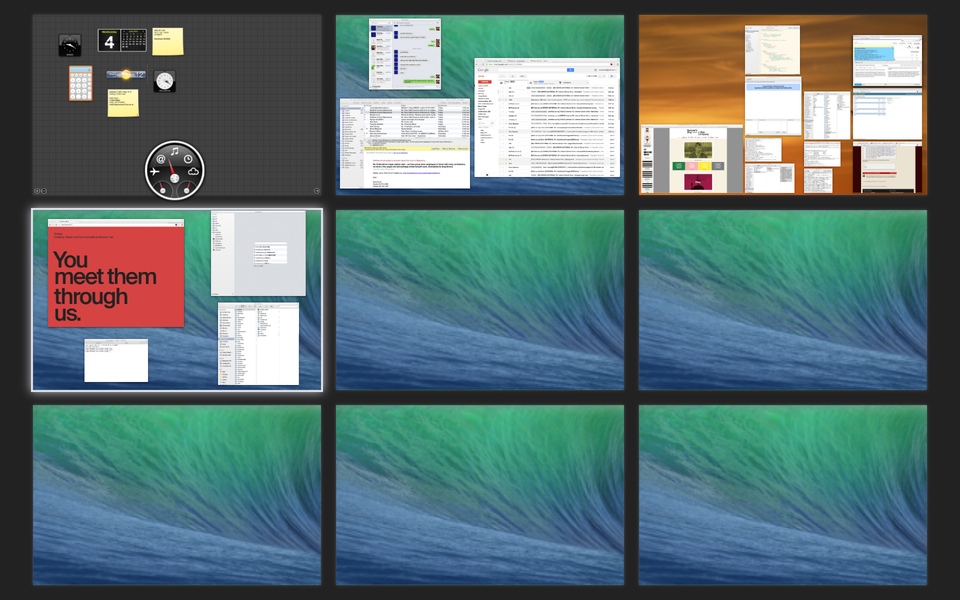 I agree it is suboptimal, particularly when there are many windows on a single desktop.

I do intend to improve the layout. It’s actually a pretty hard problem to lay out the windows in the best way, with also the the distance to the original position minimised. Apple certainly have a better algorithm than I do at this point, but I do have an idea of how I can fix it.

Great, I imagine it’s not simple!