v2.8.12 isn’t working during installation (wasn’t expecting it to work) 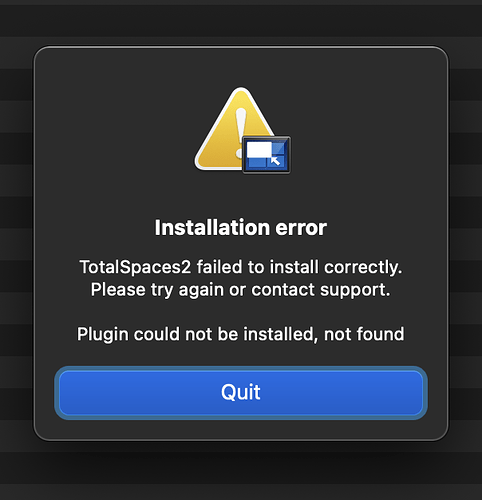 Can confirm, upgraded to 11.0 (20A4299v) this morning, and many, many, many apps do not work, including many core OS apps (like Finder and the menubar).

I can say without a doubt, this is an absolute trainwreck of an OS update. It looks like Apple created a cheap knock-off of their own OS. It looks like a horribly built window manager on top of Linux from 10 years ago.

I rely on tools like TotalSpaces, Little Snitch, SwitchResX to get my daily work done, and I will definitely be rolling back to my previous update after witnessing the mess that Apple has created with 11.0.

Yes, I know its a beta, and I expect bugs and issues, but you can tell from the changes so far, what direction they’re heading with this, and it’s veered left off the road of clean, stable, usability into something that feels a lot less polished, refined and with actual thought put into its design.

Back to Cataliina I go!

Just to set expectations a bit, there are significant new technical hurdles to even getting to the point where we can run TotalSpaces2, let alone updating it for MacOS 11. We will update here with more news as we have it.

Thanks Stephen for the usual support and responsiveness, and I’m right here dreaming for the day Apple can acquire the app and implement it natively

Thanks for sharing your experience. I’m looking forward to the public beta to become available. Hopefully, they’ll have some of the major bugs ironed out by then.